Here’s some more about Freddie King:

Between the three “Kings”, Albert, BB and Freddie, it was Freddie who had the hardest driving, most intense sound.  Much of his intensity came from the way he played:  He picked with his fingers, using a plastic thumb pick along with a metal index-finger pick with a large amp cranked to the max.  Although he was a good singer and had some big hits including vocals, especially, “Have You Ever Loved a Woman”, it was with his instrumentals that, I think, set him apart from the other Kings.  His biggest instrumental, which most people have probably heard and recognize, is “Hideaway”.  But there were many other instrumentals penned by Freddie including “The Stumble”, “Sen-Sa- Shun”, “San-Ho-Zay”, “Side Tracked”, and “In the Open”.

I will be talking about some of these tunes in more detail, especially, “Hideaway” and “San-Ho-Zay”.

According to his bio on the Rock & Roll Hall of Fame, in the early days Freddie played a gold-top Les Paul through a Gibson GA-40 amplifier. 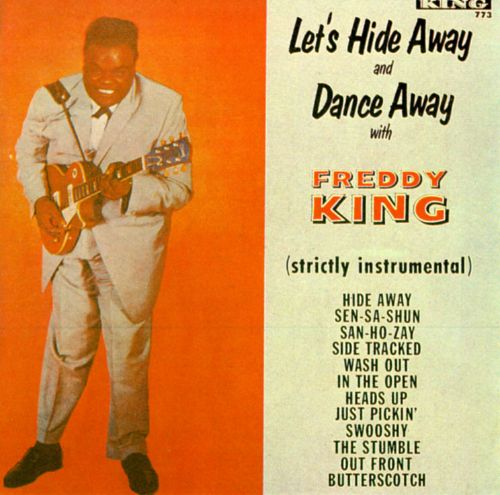 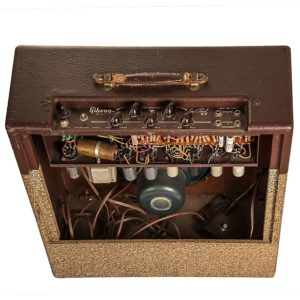 But later, and through the rest of his career he was seen playing a variety of Gibson semi-hollow body guitars such as the ES-335 and ES-345 through huge Fender Quad Reverb amps. 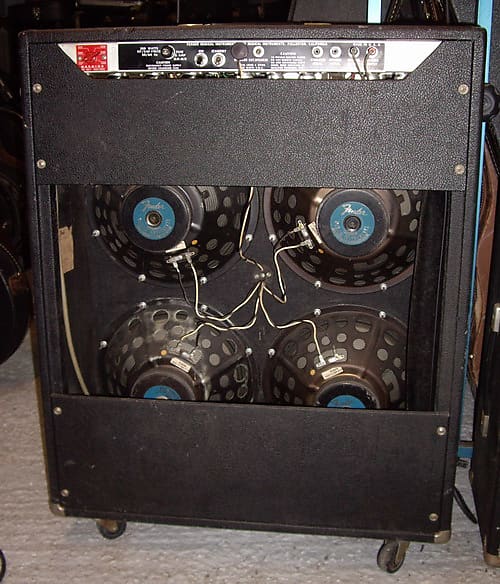 Another point that jumped out at me is that Freddie was influenced by the biggest names in the Chicago blues scene like Howlin’ Wolf, per his Rock & Roll Hall of Fame bio, “Waters, guitarists Eddie Taylor, Jimmy Rogers, and Robert Lockwood Jr., and harmonica virtuoso Little Walter were also tutoring the brawny youngster on the secrets of the sounds and the streets of the South Side.”  We all take the creativity provided by those who have gone before us, embrace it, and on the other side make it something uniquely our own.