Merry Christmas to All

Merry Christmas everyone.  I hope you all have a good, safe and blessed holiday.  I wrote the song, “Mary’s Gift” in honor of the gift of Jesus that Mary gave to the world through her faith and trust in God.  You may Listen on Spotify or buy it from my store.

Mary had these words to say as recorded in The Canticle of Mary, the Magnificat, from Luke 1:46-55:

My soul magnifies the Lord
And my spirit rejoices in God my Savior;
Because He has regarded the lowliness of His handmaid;
For behold, henceforth all generations shall call me blessed;
Because He who is mighty has done great things for me,
and holy is His name;
And His mercy is from generation to generation
on those who fear Him.
He has shown might with His arm,
He has scattered the proud in the conceit of their heart.
He has put down the mighty from their thrones,
and has exalted the lowly.
He has filled the hungry with good things,
and the rich He has sent away empty.
He has given help to Israel, his servant, mindful of His mercy
Even as he spoke to our fathers, to Abraham and to his posterity forever. 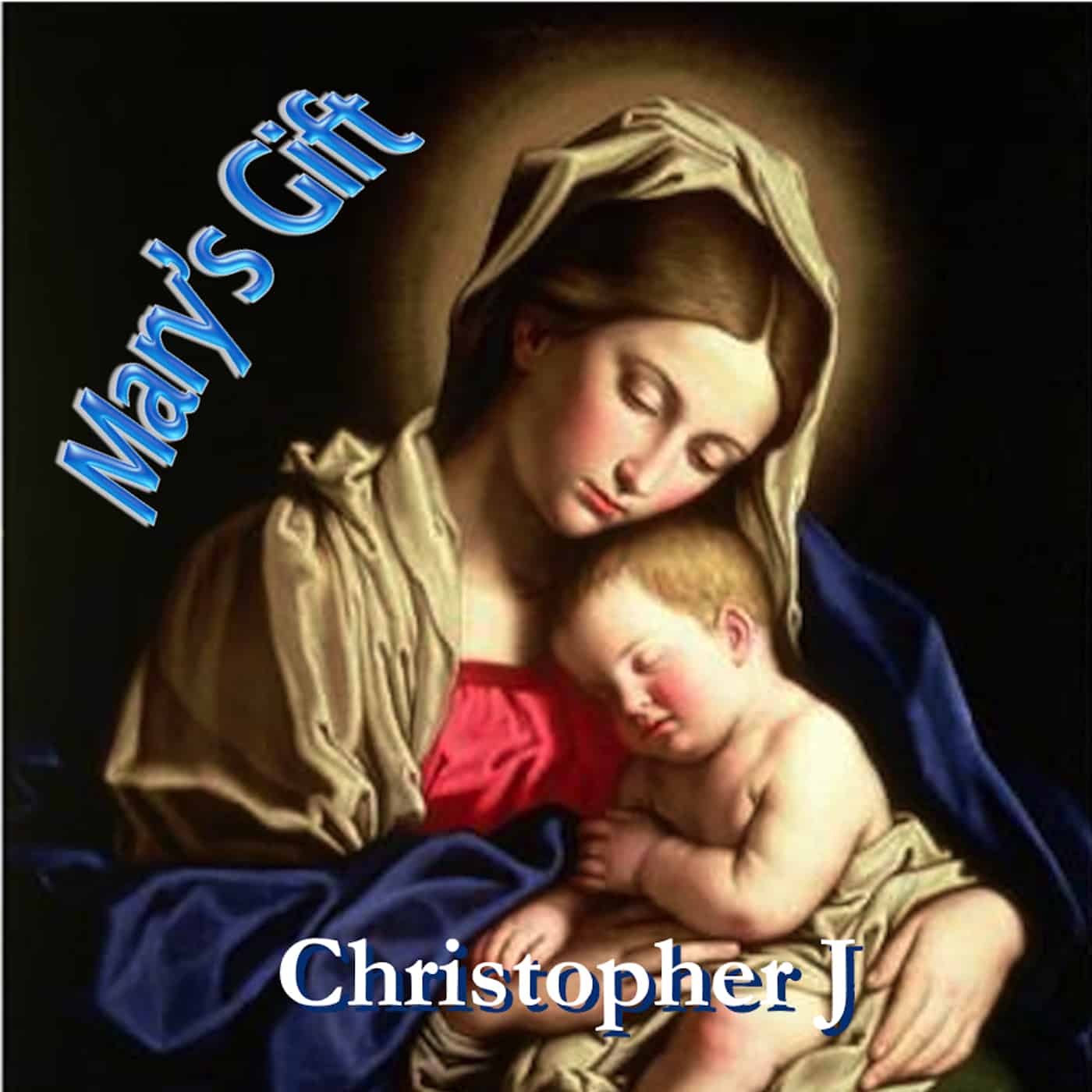 Saturday, December 15th at 3:30 pm Evergreen Community Orchestra, in which I play bass, will be performing its 2018 Christmas holiday concert Carols & Classics.

We will be performing at Everett First Presbyterian Church at 2936 Rockefeller Avenue in Everett, Washington.  If you are in the area, come on in and enjoy the music!

The performance will include favorite Christmas carols including some European tunes and Hanukkah music topped off with Johann Pachelbel’s Canon in D.  I’m sure you will enjoy it and like Steve Martin in the movie, “The Jerk”, you may go away saying, “Well, if this is out there, think how much more is out there. This is the kinda music that tells me to go out there and BE somebody!” 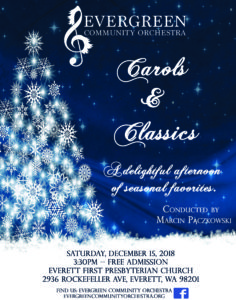 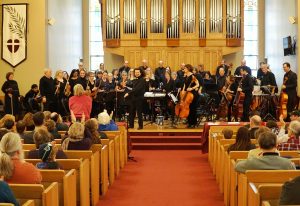 Christmas in July and Trailer Park Santa and Childhood in Fort Wayne, Indiana 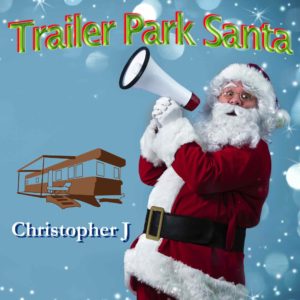 Well, it’s “Christmas in July” again and I have completed another holiday-themed song that’s ready to launch, which I have dubbed “Trailer Park Santa”!

Update July 20th:  Here is the link to the Trailer Park Santa video.

The backstory on Trailer Park Santa is after spending time recording music with a sacred theme, e.g. Mary’s Gift and the Hallelujah Chorus, I was ready for something fun. Secondly, Trailer Park Santa was inspired by my real life experience when I was eight years old of living in a trailer park in Fort Wayne, Indiana which was bordered by US Highway 30 on one side, a lumber yard on the other side, railroad on the two sides, the Gladieux oil refinery just across the tracks and a number of factories not far away including International Harvester and Phelps Dodge. (Wikipedia has this nice little factoid about Phelps Dodge:  “As of 2013, the Political Economy Research Institute identified Phelps Dodge as the 41st-largest corporate producer of air pollution in the United States….”.  I still remember seeing, during the winter, black snow on our car! Maybe that is how I ended up with asthma? 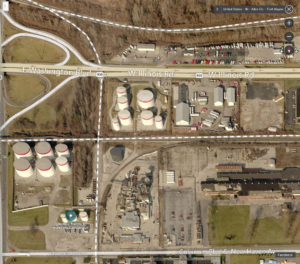 Here is an aerial view of that spot where our home on wheels once stood. Today seven oil storage tanks occupy the spot I once called home.

One persistent memory of that time was how I went over to Johnny’s trailer to play one day and Johnny’s mom served us cookies and milk while walking around in nothing but her bra and panties. After I got back home and told my mom about this experience, she said, with that funny wrinkle in her brow, “You are not to go over to Johnny’s house any more.”

So from those days came Trailer Park Santa and a humorous look back at how Santa brightened up our days in that smoggy trailer park.

Stay tuned and check back later this week for the release.  You can always check my music store page for the latest music. 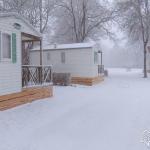 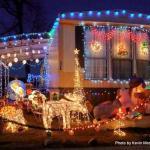 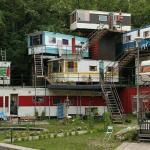 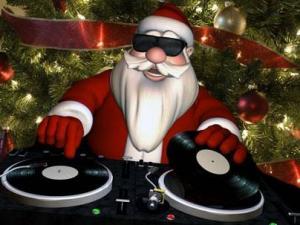 Today I am releasing another song, Mary’s Gift, in my series of music that will make up my Christmas album that I plan to have ready by October or early November!!!

Releasing Christmas music in the summer isn’t so crazy after all, at least that’s what an article in Fortune magazine implies as they found that Pandora experiences a surge in mid-summer holiday music listening.

This month’s song is called Mary’s Gift and it celebrates in song the Blessed Virgin Mary’s humility and openness to God’s will, “Behold, I am the handmaid of the Lord. May it be done to me according to your word.” (Luke 1:38) and God’s love for the world, “For God so loved the world that he gave his one and only Son, that whoever believes in him shall not perish but have eternal life.” (John 3:16)

Go to the Music Store to download a copy.  A video is available too! 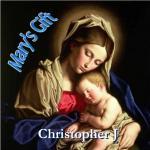